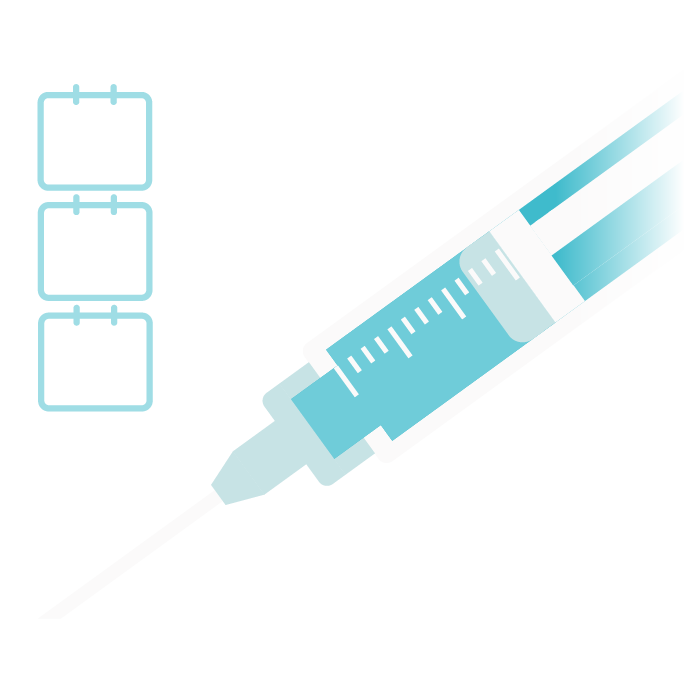 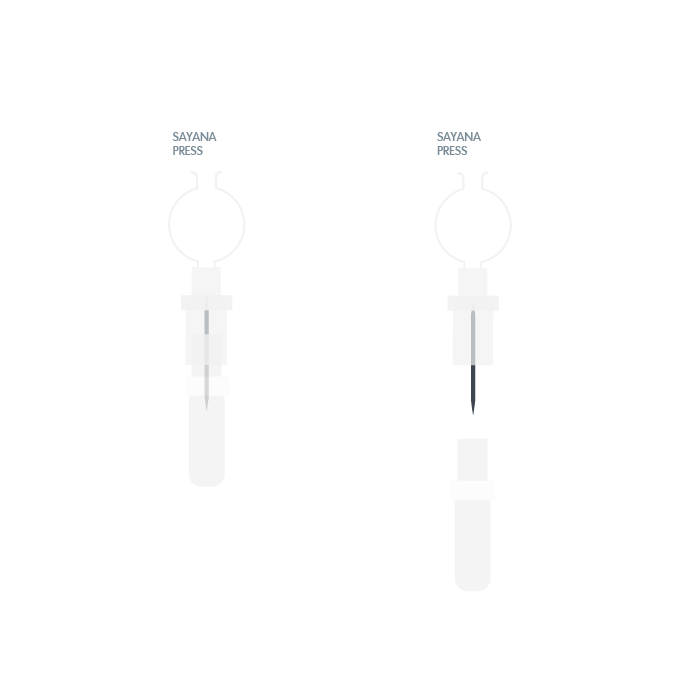 The contraceptive injection is a hormonal method of long-acting, reversible contraception.

It is the 5th most popular method of contraception in the UK. People who have a uterus can use the contraception injection. There are 3 types available for free on the NHS.

They all contain the hormone progestogen.

The female-assigned reproductive system produces two hormones, oestrogen and progesterone. These hormones create your menstrual cycle. The hormones in contraception are artificial versions of natural hormones. Progestogen is the copy of progesterone. Slight variations in progestogen or how it is released in your body may make a difference as to how you feel on your contraceptive method.

There are different ways of delivering the same dose of the ingredient (medroxyprogestagen acetate) to your body.

Sayana Press: You do 1 injection every 13 weeks from the comfort of your own home.

Depo Provera: A Nurse or Doctor does 1 injection every 12 weeks at your local sexual health clinic or GP. In the UK, this is the most common type of injection.

Noristerat: There is an alternative form of injectable contraception. This contains the hormone norethisterone which is a different type of progestagen. A Nurse or Doctor does 1 injection every 8 weeks at your local sexual health clinic or GP.

SH:24 only offers Sayana Press. We can only prescribe Sayana Press to people who have used it before.

An important factor is that once the injection is given, it cannot be taken out so it will continue to have its effects for at least the following 13 weeks.

It can take up to one year for your fertility and periods to return to normal after the injection wears off, so it may not be suitable if you want to have a baby in the near future.

How does it work? 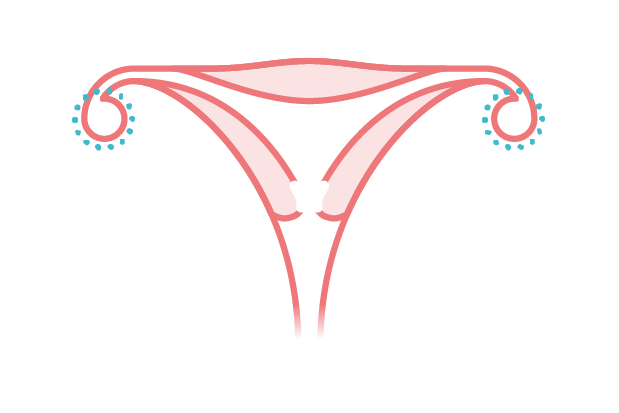 Your health & the injection

All methods of contraception have:

The injection may provide some protection against cancer of the womb and pelvic inflammatory disease.

For people with sickle cell disease, the injection may help to lower the severity of sickle cell crisis pain.

The contraceptive injection changes the pattern of your bleeding. Your periods may stop or you might have irregular bleeding. This is when your bleeding does not happen at the same time each month.

We might recommend the contraceptive injection for people who have problems with their periods, because it can cause them to stop. For example,

Although some people have no bleeding from the start, irregular bleeding is very common in the first 6 months and then gradually settles. This is not dangerous in any way.

If you are struggling with irregular bleeding, your GP may prescribe the combined pill on a temporary basis. The combined pill contains oestrogen, which may stimulate a period and help to regulate your cycle.

We use period to describe the bleeding that happens during a menstrual cycle. In the first half of your cycle, when you produce oestrogen, the lining of your womb builds up. In the second half of your cycle, if you have not become pregnant, the lining is released and comes out of your body as a period. This process repeats itself approximately every 28 days.

We use bleeding or a bleed to describe the bleeding that happens when you are using a contraceptive method that changes your menstrual cycle. When you take a progestogen-only method the lining of your womb stays the same throughout the cycle. Progestogen doesn’t always maintain the lining in the same way which is why some people experience bleeding. We do not know why some people experience irregular bleeding more than others.

Some people experience weight gain when using the contraceptive injection. We think this is because it can increase appetite, so you may feel hungrier than usual.

Weight gain is more common if you are:

If you gain more than 5% of your body weight in the first 6 months of using the contraceptive injection, then you are likely to continue to gain weight.

Unproven side effects of the injection

Hair loss
There is no conclusive evidence to associate injectable contraceptives with hair loss. However, at least one large study has reported this side effect in up to 10% of women.

Headache
Headaches are common in the general population so it is difficult to show a causative effect. Some studies have shown that up to 15% of women experience headaches on the injectable contraceptive.

Other symptoms
Acne, mood swings and a decreased interest in sex have all been reported in users of injectable contraceptives but there is no proven link.

Bone density usually returns to normal when you stop using the contraceptive injection.

This is more important for some age groups:

We have reviewed the current research. From the scientific evidence, it is not clear if the loss of bone density results in an increased risk of fractures e.g. a broken bone.

Other things that might cause lower bone mineral density include:

Things that might cause a higher bone mineral density include:

Every 2 years, we have a discussion with all our contraceptive injection users to assess their risk of osteoporosis. Your GP or Sexual Health Clinic should do the same.

There has been extensive research to understand if the contraceptive injection increases the risk of getting HIV. To date, there is no conclusive evidence that the injectable contraceptives increase risk of HIV.

When will the injection prevent pregnancy?

If you have the contraceptive injection during the first five days of your period, you will be immediately protected against pregnancy.

If you have the injection on any other day of your cycle, you will not be protected against pregnancy for 7 days.

You can use male condoms, female condoms or the diaphragm to protect against pregnancy. You can also have non-penetrative sex, where the penis does not go in the vagina, during this time.

If you are using the hormonal coil (IUS) called Mirena, the progestogen-only pill called Norgeston or Noriday and you switch to the injection then you will need to use additional protection for 7 days.

If you are using the progestogen-only pill that contains desogestrel or the implant (when it has been in place for less than 3 years) and you switch to the injection then you will be protected immediately.

If you are using the copper coil (IUD):

The contraceptive injection does not protect you from STIs. Consider using a barrier method such as a condom or dental dam as well if you think you are at risk of an STI.

Most people can use the contraceptive injection. At your GP or Sexual Health Clinic appointment, the clinician will check for any reasons why it might not be safe for you to use it.

If you can’t take oestrogen (the hormone in methods like the combined pill) you may be able to use the contraceptive injection.

The injection is suitable for trans and non-binary people with a uterus as it does not interfere with hormone treatments. It can be used for purposes other than preventing pregnancy, such as stopping periods. Testosterone therapy will not prevent pregnancy when used on its own.

The injection is not suitable for people who are pregnant.

It may not be suitable for people who:

Before starting the injectable contraception, we advise that you are up to date with your cervical screening tests.

To find out if you need a cervical screening, there is more information on the NHS website.

Where can I get the contraceptive injection in the UK?

From your GP, local sexual health services or online.

At the moment, SH:24 only prescribes Sayana Press. We can only prescribe it to people who have used it before. However, we are working hard to make it available to first time users in the near future.

0
Can the injection make you infertile?

The injectable contraceptive will not have a long term impact on your fertility.

However, it can take up to one year for your fertility and periods to return to normal after the injection wears off. It may not be suitable if you want to have a baby within the next year.

Irregular bleeding may continue for months after you stop the injections.

0
Why have I been told I can’t have the injection?

If you have one of the following, your GP may not think you are suitable for the contraceptive injection. These include, but are not limited to:

The contraceptive injection may complicate all of these things.

0
Is Sayana Press the same as Depo Provera?

Yes, these are two different ways of delivering the same dose of the same hormone (medroxy progestagen acetate) to your body.

0
What if it’s been longer than 13 weeks since my last injection?

If you think your next injection is more than 14 weeks since your last injection, then you should have it as soon as possible. You will need to:

If you think you might be at risk of pregnancy:

If you have had unprotected sex when your injection is late and are worried, you may need to use emergency contraception.

1
What if I’m scared of needles?

Depo-Provera is given by an experienced Doctor or Nurse, in the arm or buttock so you do not have to do it yourself. These injections do not hurt any more than a normal injection - people feel a sharp pin prick when the needle goes in and some tenderness at the injection site afterwards.

Sayana press may not be the best method of contraception for you if you are very worried about injections. Most people get used to the self injection process. You can learn more about the process of self injection here.

If you would like support with the injection process please contact us. Our experienced clinical team can talk you through the process and offer additional information and support if you would find this helpful.

0
How quickly will the injection start to work?

If you have the injection during the first five days of your period, you will be immediately protected against becoming pregnant. This is because the injection works by stopping ovulation and at this time in your cycle you have not started the process of ovulation.

If you have the injection on any other day of your cycle, you will not be protected against pregnancy for up to 7 days. Use condoms or another method of contraception during this time. This is because the injectable contraceptive will take 7 days to suppress ovulation.

1
What if I want to stop the injection?

Once it is inserted you cannot remove the injection but its effects will wear off after 8-13 weeks, depending on the type used.

If you are concerned about side effects then it might be helpful to keep a diary of these so that you can monitor any change as the injectable contraceptive wears off.

1
Are there any long term effects on my health?

There are no long term effects of using the injectable contraceptive except its impact on bone mineral density and a possible increased risk of cardiovascular disease.

1
Can I use the contraceptive injection after having a baby?

Yes, the injectable contraception can be used safely while you are breastfeeding and will not affect your milk supply.

0
Can people tell I am using the contraceptive injection?

The contraception injection is discrete and is not visible. You may experience some irritation around the injection site but this fades after a few days.

However, if you use Sayana Press you will need to keep a small sharps box at home to dispose of the needles safely. This box can be dropped off at your GP or local pharmacy for disposal.